Welcome to Back O’ Beyond

Deep within the vast blue and grey of the sea and the endless storm, lies a long-forgotten land. Stories tell of a safe passage within the roaring belly of the ocean. Legends tell that, hiding behind rocks, clouds, and the unforgiving force of the sea, lies an island. An island that pirates call “Home”. A place where dreaded Captains spend their downtime trading in the marketplace, drinking spiced rum in the tavern, testing their reputation at the Council Hall, or mingling in mischief in the Back Alley.

Seek infamy and become the most dreaded pirate captain! Create a powerful ship by carefully selecting and managing your crew, do battle and plunder ships full of loot, and make a fortune that no living man has ever made! And when you’re tired, come back to the only land you feel is safe for you to rest and get ready for your next adventure. What treasures will you find? How many ships will you capture? Will your crew look up to you or start a mutiny? Will the sound of your name bring fear?

Back O’ Beyond is a highly thematic mid-weight 2-4 player euro game that takes around 30 minutes per player to complete, with games averaging 90 minutes. As a pirate captain and your goal is to become the most renowned pirate by having the most infamy points at the end of the 5th round. 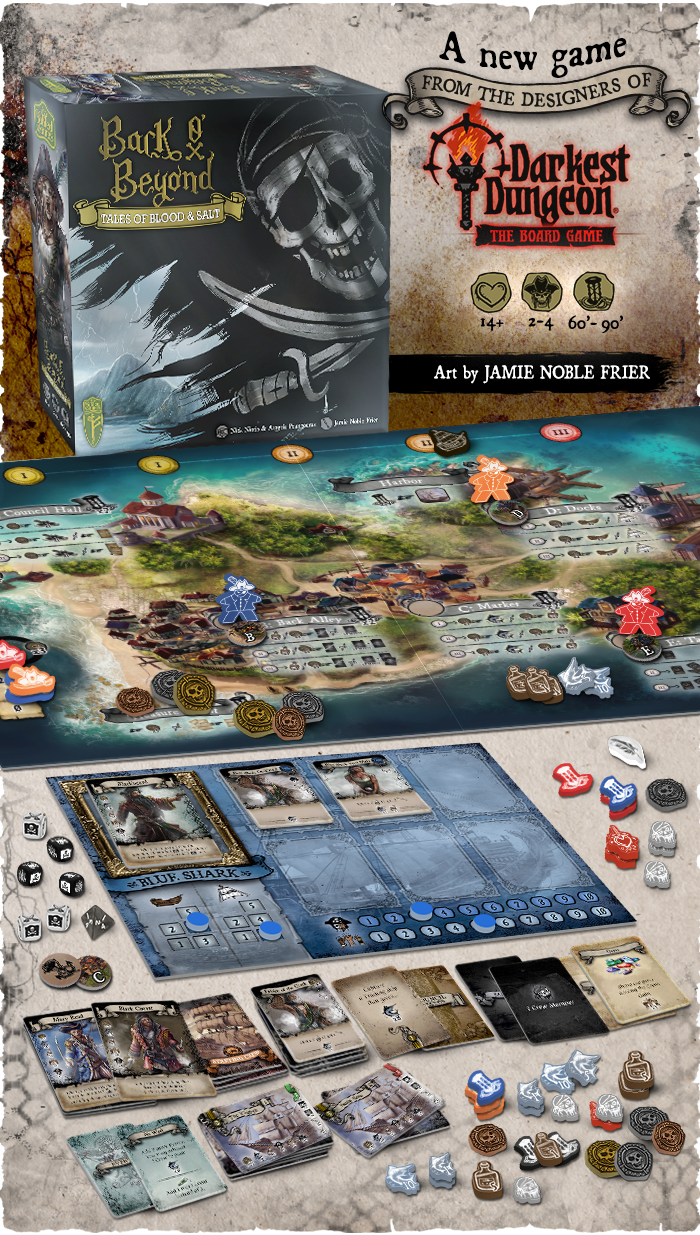 Each round consists of 4 phases. Each round begins with the Start of the Round. All preparations for the round happens: revealing new contracts that the pirates can compete for, adding more ships to capture, and filling the tavern with more crew members. Next is the Preparation Phase. Players will perform various actions by spending time on the island, which serves as one of the main resources you use in the game. By doing so, and for the appropriate cost, they will recruit new crew, repair or upgrade their ship, sabotage the other players and so much more, thus creating a dynamic gameplay.

The third phase is the Travel Phase, where players try to capture Trading Ships through dice-oriented combat, in order to gather precious loot and raise their Dread, Morale, Reputation and most importantly their Infamy. Lastly is the Upkeep Phase, where players need to take actions to manage their crew through food, morale, and rum.

The game has a significant level of strategy, and each two playthroughs will never be the same! Choosing a captain, managing and manning your ship, choosing which contracts to chase, all present great opportunities for player agency. Each of those decisions play a significant role on how you deal with capturing the Trading Ships; the fast-paced three-step dice-based combat system with decreasing risks/ rewards, opens a wealth of options to increase infamy and pillage loot.

A pirate themed game where you will live aspects of the life of a pirate, that has great replayability based on the various combinations between captains, ships, crews and events, tight strategic choices and enough player interaction? This is it! Set sail for Back O’ Beyond!

From the designer duo of Darkest Dungeon – The Board Game, the smash Kickstarter hit adaptation of the critically acclaimed video game by Red Hook Studios, comes Back O’ Beyond: Tales of Blood and Salt. 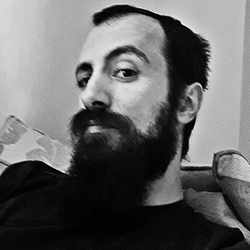 Nick Niotis started off as a games master and playtester for several companies, and since 2016 he has been working as a full time in-house developer and designer for various publishers. Other titles he has worked on include Solomon Kane, Reichbusters: Project Vril and Super Fantasy Brawl. His greatest pirate trait is probably his beard, which although not as mighty as Blackbeard’s, manages to give him a pirate-worthy look. 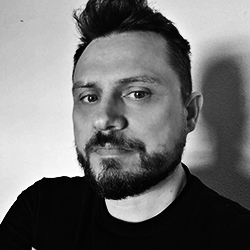 Argyris Poungouras has been designing board games with a more professional approach since 2015. Having won several top 3 places in local board game design contests, he has been working as an in-house developer and designer for the past 3 years. His other major title as a project lead is Super Fantasy Brawl. His greatest pirate trait is his ability to hold his bottle – which disappointingly is just water and not rum, but has to suffice.

Jamie Noble-Frier is a digital artist, who works across a range of industries, including creating art for book covers/illustrations, board games, and video games. After over a decade of developing his distinctive style through studying, practicing his form, and closely examining the work of his greatest influences – including Frank Frazetta and Ian Miller – he now works as a freelance artist, who specializes in fantasy and sci-fi art. 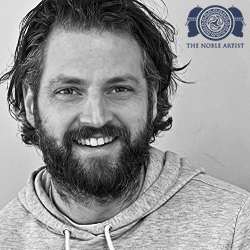 Jamie often works under the pseudonym The Noble Artist. His most prominent work includes Warhammer 40k TTRPG for Cubicle 7, Perdition’s Mouth for Dragondawn Productions, while he has also worked with Ed Greenwood, creator of D&D’s Forgotten Realms.

Helena Tzioti has been in the tabletop game industry for about a decade. She has an expertise in Crowdfunding, Marketing, Sales, and everything around those fields. She decided to use the fairy dust in her pockets and is now the Co-Founder and Managing Director of Fabled Games. Her greatest pirate trait is channeling her inner Mary Read and being the master of crossdressing between a “normal” person and a floof covered in blankets. 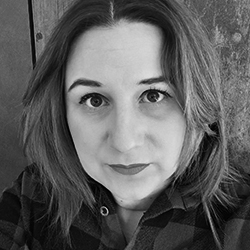 Pat Tsibalidi is our Lead Graphic Designer. Good design saves lives, but excellent design changes lives! That’s her motto and that’s she always strives to create stuff that are not only functional and purposeful, but will also make you cry happy tears. Her greatest pirate trait is her honest-to-goodness nakama tattoo, inspired by the best pirate show ever: One Piece. Her secret pirate trait, however, is her formidable ability to scowl at others using only her left eyebrow. 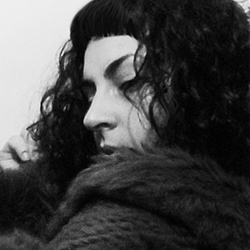 Mathieu Rivero is our rules editor, creative writer and proofreader. His work as an editor, translator and writer for the past decade and is several collaborations within the tabletop games industry, make him the great addition to the team! 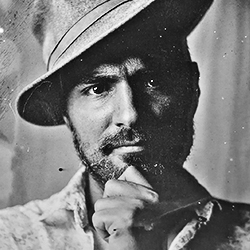 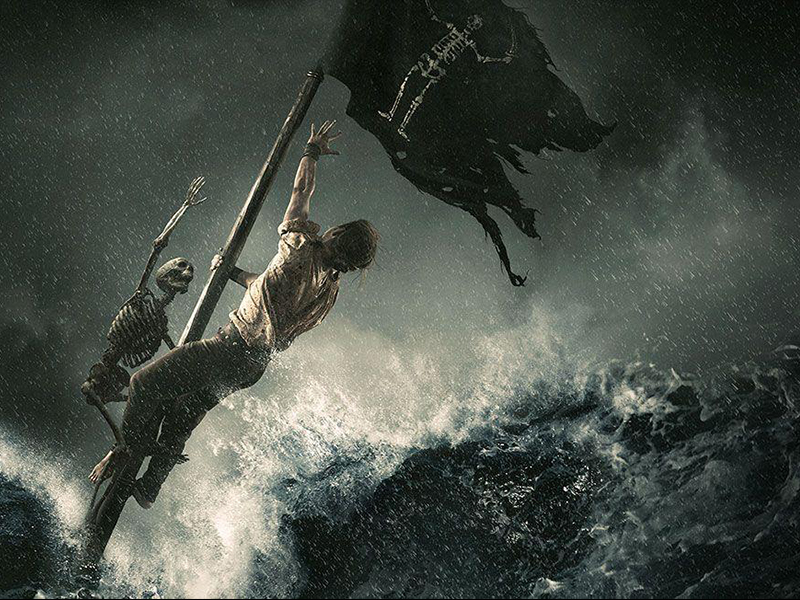 Black Sails meets the board

We use cookies to ensure that we give you the best experience on our website. If you continue to use this site we will assume that you are happy with it.Ok